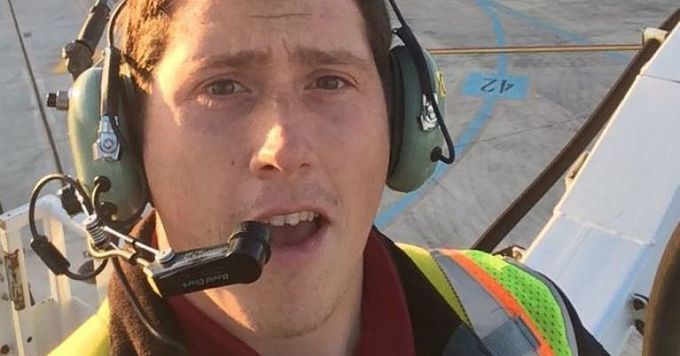 The man who stole a plane from Seattle-Tacoma International Airport Friday night didn’t have a pilot’s license but still managed to perform complex maneuvers in the air.

PIRatE Lab’s insight:
Our simulators are getting good…but really?!?
This is behind a paywall so the relevant comments for our pilots to be aware of are here:
The Horizon Air ground worker who stole a twin-engine airliner and took it on a wild ride over Puget Sound said he had experience on personal flight-simulators he called “videogames” and never intended to land the plane.
Some of rogue pilot Richard Russell’s own statements to air-traffic controllers could provide clues to law-enforcement and aviation officials investigating how he managed to perform aerobatic maneuvers in a sophisticated plane. Mr. Russell, who stole the 76-seat turboprop from Seattle-Tacoma International Airport on Friday night, didn’t have a pilot’s license, according to the airline. But during radio communication with air-traffic controllers who were urging him to land, Mr. Russell, 29 years old, repeatedly referred to his experience with computerized flight-simulator programs.
Government and industry air-safety experts said Saturday that the references suggested he had access to personal desktop simulators—perhaps depicting the same Bombardier Q400 model he stole on Friday—that can realistically replicate the performance of aircraft systems, airborne maneuvers and even instructions from air-traffic controllers. Such simulator software is widely available for purchase and can be run on normal home computers.
According to an unofficial audio recording of Mr. Russell’s radio communication with controllers on Friday, a controller talking on the open channel said that “he is just flying around” and that Mr. Russell could use some help controlling the aircraft. Mr. Russell quickly responded, “I don’t need that much help. I’ve played some videogames before.” At another point, he said, “I know how to put the landing gear down.” He then added, “I really wasn’t planning on landing it.”
Mr. Russell’s seeming familiarity with at least some of the controls—he specifically mentioned the system that regulates cabin pressure—suggests a strong understanding of cockpit layout and aircraft operations. But his level of flying skills, including engaging the plane’s autopilot and performing maneuvers that would be daunting even for an experienced Q400 pilot, nevertheless surprised some experts.