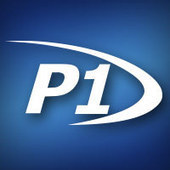 Christian Rivas’s insight:
NYPD used a drone during a four hour long standoff with a man who locked himself in his apartment. The individual had a pistol on him and refused to come out. NYPD used a drone to keep an eye on the mans activity in the apartment by looking through a window. They also used the drone to assist in his surrender by asking the man to place the gun near the window so the drone can confirm he was unarmed when he surrendered.