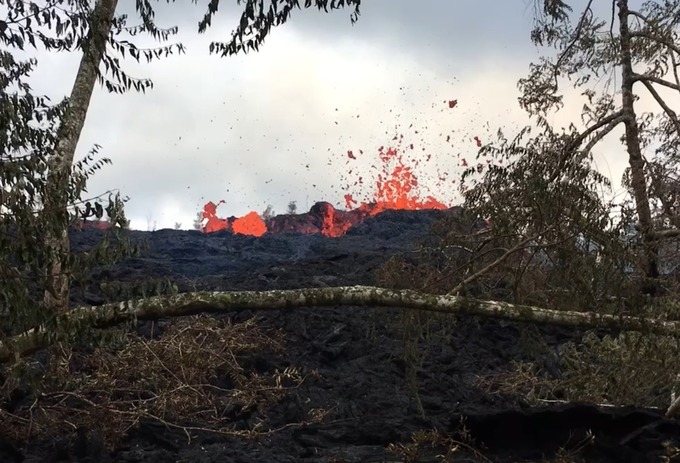 When Hawaii’s Kilauea volcano erupted on the state’s Big Island earlier this month it started off pretty mild. Initial reports stated that the lava bubbled up out of large fissures that had developed in the ground near a residential area, but the spattering and flow was so slow-moving that i