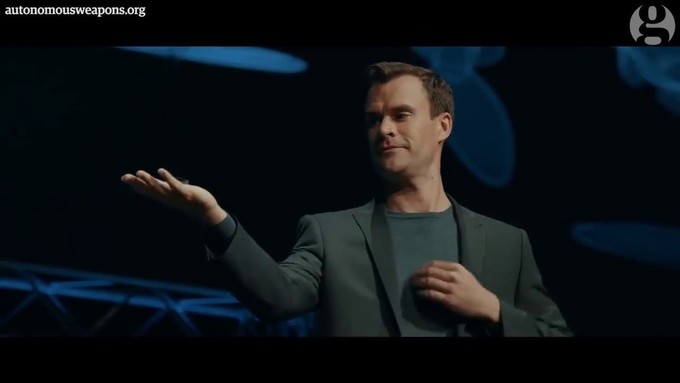 Daniel Ayala’s insight:
This video shows a man chucking a drone into the air above an audience where the drone then zips its way through the air and directly crashes into its indicated target, causing the shaped explosive it was carrying to penetrate the skull of the target and detonate. Rather than using this technology to blow people’s brains to mush, I believe it can be used to plant GPS trackers on wild animals such as sharks.