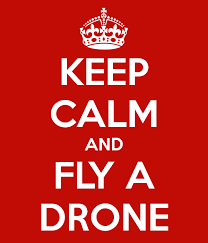 Unmanned Aerial Vehicles (U.A.V.) or “drones” often conjure up images of military style attack planes that fly for thousands of miles to destroy enemies without risking the lives of American soldiers. Although UAVs have been used for this in the past, a new use for UAVs is gaining more momentum in the past decade or so, and it is becoming natures new best friend. UAVs are now increasingly being used to monitor environmental issues and aid with conservation efforts in a variety of ways. One use for UAVs are counting and monitoring wildlife, especially in areas where species are hit hard by land changes and poachers. UAVs offer a much more cost effective way to combat the problems that lead to endangered species. http://science.sciencemag.org/content/330/6010/1503.short. “The threat of extinctions is growing worse; at present it is estimated that one-fifth of the world’s extant vertebrate species are threatened”(Hoffmann et al. 2010). This large threat to animal species can be greatly reduced all over the world by using UAVs to better preserve our environment by fighting off poachers and monitoring land and wildlife changes.

UAVs have been used to provide high resolution images from the air, to identify individual salmon for counting. http://www.nrcresearchpress.com/doi/abs/10.1139/juvs-2014-0006. These images have been used to give biologists new perspectives on how salmon are distributed throughout rivers in southern British Columbia and identify their spawning areas. UAVs have also been used to study, count and photograph black rhinoceros (Diceros bicornis), white rhinoceros (Ceratotherium simum) and elephants (Loxodonta africana) in the African savanna woodlands (Vermeulen et al. 2013). These studies helped to show that images of these large animals can be captured with RGB cameras attached to UAVs, and that the use for manned aerial vehicles in surveying these animals may soon be obsolete.

UAVs are being re-purposed from their original military style use and a major beneficiary is Mother Nature her self. The opportunities for future conservation efforts aided by UAVs are endless. http://www.quantumrun.com/article/drones-and-future-conservation. It appears as though we are on the edge of a potentially enormous industry, and our abilities to better preserve nature are going to increase drastically through the utilization of this technology. UAVs have now become Mother Natures best friend.